This publication is divided into five chapters, one for each case study (Italy, Mexico, Latvia, and the United States, plus a chapter of polling data. Within each chapter, you'll find two parts: the first provides an "outsider's" perspective on the case study through background research, on-the-ground interviews, and open source data; the second, written by a local expert, provides an analysis and potential solutions to the challenges highlighted in part one. It should be noted that each of these elections took place at various points in 2018. As a result, they are a snapshot of a moment in time, which may have subsequently been overtaken by developments on the ground. 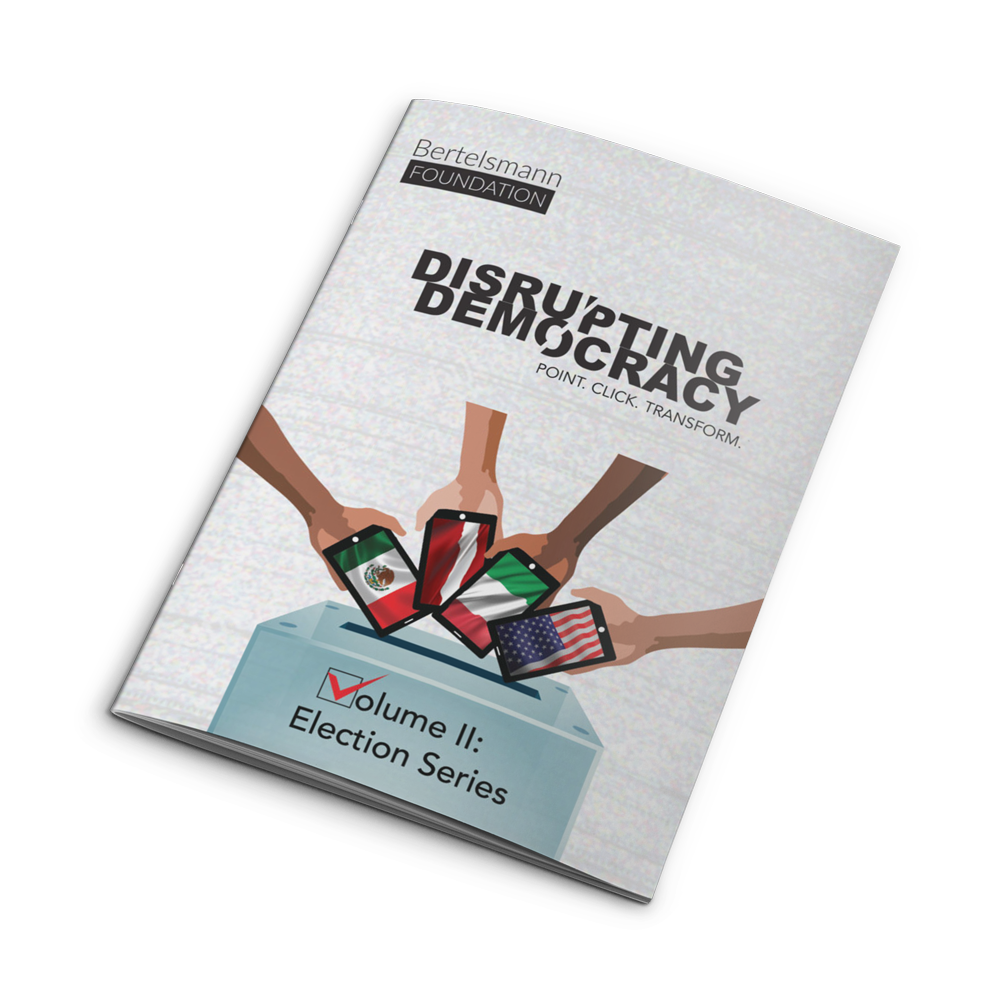 Tony Silberfeld joined the Bertelsmann Foundation as the Director of Transatlantic Relations in April 2014, overseeing a project portfolio aimed at strengthening the Euro-Atlantic alliance through traditional and innovative means. His current research focuses on the intersection of technology and democracy in Europe and the United States, drawing on lessons from every corner of the globe. He is currently developing two online platforms, RANGE and the Transatlantic Periscope, that provide geopolitical forecasting capacity and in-depth analyses of America’s bilateral relationships with its European partners, respectively. Tony has produced long-form publications, policy briefs, graphic books, education guides, digital animations and feature-length documentary films, constantly exploring cutting-edge avenues to connect the Foundation’s work to policymakers and the public.