NEW ONLINE PLATFORM | The Transatlantic Periscope
Home Democracy Graphic Images: Autocrats and the Use of Power

Graphic Images: Autocrats and the Use of Power

In this fourth and final installment of our Disrupting Democracy series, Graphic Images: Autocrats and the Use of Power will look at how three authoritarian regimes undermine the prospects for democracy and stability in their respective regions. Drawing from the more than 15 years of data from the Bertelsmann (Stiftung) Transformation Index, this publication reimagines country and regional level data into infographics that shine a light on three distinct cases: Russia, Iran and China. In Russia, we examine how President Putin’s assault on democratic institutions at home has strengthened his hand to intervene militarily and through disinformation campaigns in post-Soviet Eurasia. Iran presents us with a case in how a weak government can still leverage limited resources to bolster nationalism and effectively reshape an entire region in the Middle East. And China offers perhaps the most complicated case; a country that has embraced its superpower status by molding the international system according to its own values through economic influence, and offering a counterexample of governance to that of the United States.

The images you’ll find in the pages to follow often present a bleak picture for democracy’s prospects in 2022. We can react with despair or we can treat this book as a clarion call to begin reversing the steep democratic decline we’ve observed over the course of this project. Our hope is that by the time you turn the final page of this volume, the choice will be clear. 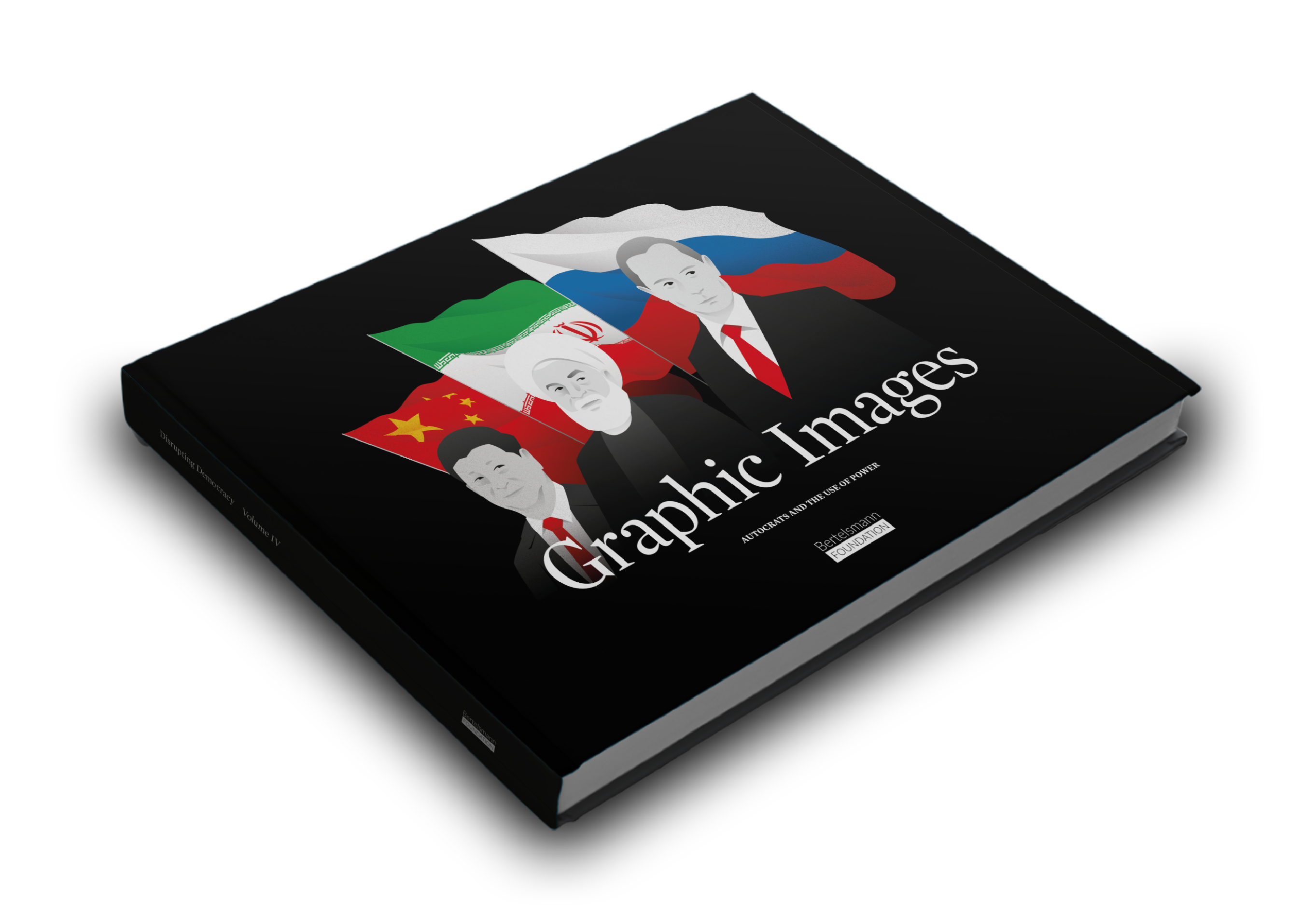 Tony Silberfeld joined the Bertelsmann Foundation as the Director of Transatlantic Relations in April 2014, overseeing the project portfolio at the core of our mission to strengthen the Euro-Atlantic partnership. His current research focuses on the intersection of technology and democracy in Europe and the United States, drawing on lessons from every corner of the globe. Tony has produced long-form publications, policy briefs, graphic books, education guides, digital animations and feature-length documentary films, constantly exploring innovative ways to connect the Foundation’s work to policymakers and the public.