U.S. and German Responses to the COVID-19 Pandemic

The COVID-19 pandemic has greatly challenged governments and their leaders around the world. But the crisis may have tested one particular form of government more than any other – federalism. Of the 23 federations around the world today, no two systems are alike. And of these systems, two in particular have had very different pandemic experiences: the United States and Germany.

In the U.S., competing constitutional interpretations and stark political divisions have undermined most cooperative efforts and hopes of a coordinated nationwide response. Indeed, conflictual, combative, and even dysfunctional best describe American federalism in the COVID-19 era. National, state, and local leaders have repeatedly sparred over appropriate courses of action, jurisdiction, financial support, and the procurement of medical supplies.

In Germany, relations among federal, state, and local actors have largely remained cooperative and unified – especially during the worst phases of the crisis. Despite periods of slow and disjointed action, federal and state governments have worked together to design and implement a series of nationwide pandemic response measures. The country’s strategy has evolved based on the trajectory of infections, the advice of epidemiological experts, and continued federal-state dialogue, coordination, and cooperation.

Naturally, these contrasting developments spark the question: Why has federalism in the United States and Germany played out so differently during the COVID-19 pandemic? This publication aims to answer that question by elucidating the key characteristics of both systems and exploring how they have impacted responses to the crisis.

Federalism in Crisis is part of the Bertelsmann Foundation’s Newpolitik project, devoted to exploring the most pressing challenges facing the United States and Germany and presenting analysis to policymakers, professors, teachers, and students on both sides of the Atlantic. This edition provides readers with a better understanding of how the U.S. and Germany, through their different forms of federalism, have navigated this once-in-a-century public health crisis. 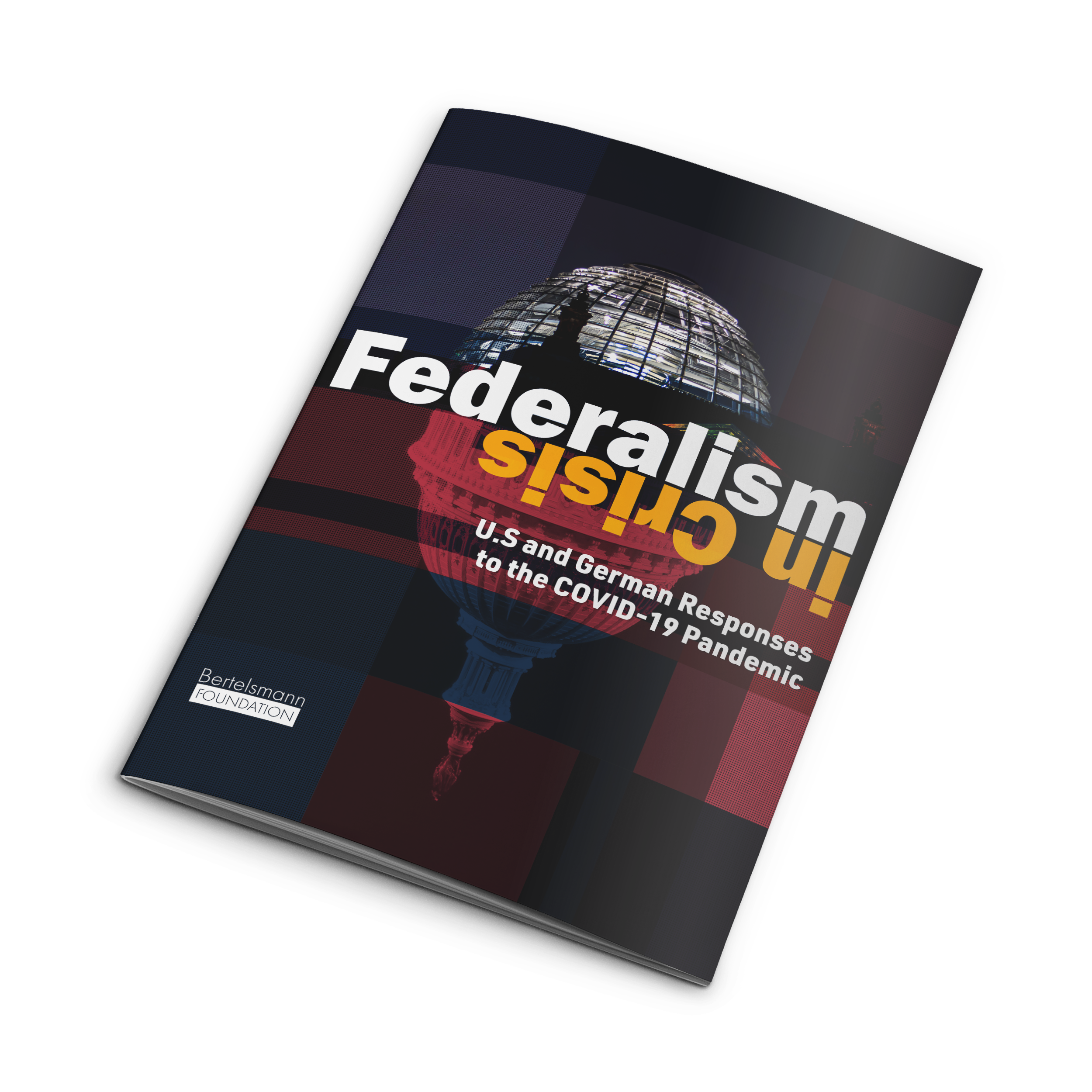 Brandon Bohrn joined the Bertelsmann Foundation in January 2020 as Manager of Transatlantic Relations. Specifically, he manages the German-American relations project.

Before joining Bertelsmann, Brandon served as an intern with the U.S. Embassy Berlin, U.S. Consulate Düsseldorf, and U.S. Senate. He also participated in the Fulbright program as an English teaching assistant in Wanne-Eickel, Germany.

Brandon completed the TransAtlantic Masters Program (TAM) in political science at the University of North Carolina at Chapel Hill. As part of the program, he spent one year as a DAAD scholar at the Humboldt-Universität zu Berlin. Brandon is also a graduate of The Citadel, The Military College of South Carolina. He speaks German and some Turkish.